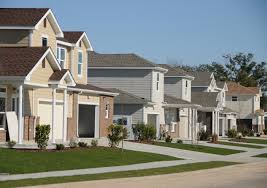 The November 2018 election in California was one of the most contentious elections on record because of one major issue: Rent Control or Prop 10, the ballot measure which would have stopped Costa Hawkins, the longtime law in California that puts limits on rent control in the Golden State.

Voters defeated Prop 10 because the message became clear that if Prop 10 were to be approved, it would be likely that we would have fewer rental homes constructed in California and the supply / demand issue would only get worse.

The defeat of a ballot measure that would have allowed for the expansion of rent control across California has buoyed landlords and left tenants pinning their hopes on the state’s new governor for relief.

Proposition 10 failed resoundingly with nearly 62% of voters rejecting the initiative as of results tallied Wednesday. The initiative would have repealed the Costa-Hawkins Rental Housing Act, which bans cities and counties from implementing more aggressive forms of rent control. The result means those prohibitions remain in place.

Landlord groups, which funded a nearly $80-million opposition campaign that outraised supporters 3 to 1, said voters made their opinions clear.

“When a measure loses by double digits, that’s such a strong message,” said Debra Carlton, senior vice president at the California Apartment Assn. “Certainly, any changes to rent control or Costa-Hawkins in general will be a heavy lift after this.”

Do you own rental properties in the Central Valley that need property management? Contact RPM Central Valley today by calling us at (209) 572-2222 or click here to connect with us online.