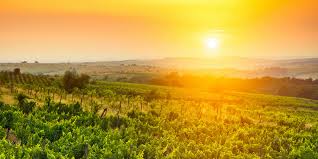 Seeing the growth of the Central Valley over the last several years is certainly encouraging considering how poor the economy and rental market was faring after the collapse of the Real Estate market in 2006.

Here’s a breakdown of how large metros in the Central Valley are currently ranking on the list of the top 100 best performing cities nationwide.

What Is Driving The Improvement?

One of the biggest questions on the minds of most people is what is driving the improvement or growth of the Central Valley?

“More than ever, America’s best-performing cities demonstrate what we call the innovation advantage that is witnessed not just in ‘traditional’ technology but in the importance of software, social media and even cutting-edge health innovation.”

The Milken Institute’s annual Best-Performing Cities index, compiled since 1999, uses a comprehensive, fact-based set of criteria to rank 200 large and 201 small metros across the United States. As an outcomes-based index, growth in employment, wages and technology output are heavily weighted; metrics such as cost-of-living and quality-of-life conditions, often highly subjective, are not included.

Highlights from “2015 Best-Performing Cities: Where America’s Jobs Are Created and Sustained” include:

• Top-ranked San Jose’s tech-fueled economy is red-hot, with high job growth and average annual earnings of $116,000, versus $61,500 for the nation overall. Venture capital investment of nearly $10 billion notched the highest total since 2000.

• San Francisco, last year’s No. 1, was a close second, with a labor-force participation rate 10 percentage points higher than the national average.

• In all, California scored six of the top 25 slots among large metros, the most of any state.

• Colorado captured four spots in the top 25 metros, while Texas has three, compared with seven in 2014. The slowdown in shale-oil exploration dented metros in the Lone Star state and elsewhere in the energy economy.

• Eight of the 25 biggest gainers among large metros were in Florida, with Port St. Lucie jumping 98 spots from last year, the most of any metro.

• Fargo, N.D.-Minn., retained its top spot among small metros; its rapidly diversifying economy overcame its exposure to the energy downturn.

For effective Central Valley property management contact RPM Central Valley today by clicking here to connect with us online or by calling (209) 572-2222.