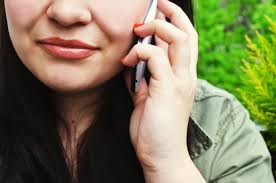 Life can be challenging when you’re managing your rental properties yourself and sadly you also run the risk of potentially breaking HUD or anti-discrimination laws without knowing it by doing the following.

In one Minnesota case, a woman diagnosed with bipolar disorder attempted to rent a house with her partner. Shortly before move-in, the landlord’s agent became aware of the applicant’s history of mental health issues, and called the prospective tenant asking if there were any “issues” she wanted to disclose before moving in. The tenant disclosed her diagnosis of bipolar disorder. The agent asked for more information, but the renter told her it was “none of her business.” Subsequently, the landlord refused to rent the dwelling.

HUD Prosecutors deemed the mere inquiry into the mental health diagnosis to be a violation of 42 U.S.C. Section 361(g)(2)(A), and assessed a $16,000 civil penalty against the landlord, in addition to damages.

In a Philadelphia case, HUD officials were alerted to a Craigslist rental advertisement containing these words: “Not good for young children.” HUD officials investigated and applied to rent the dwelling. Two HUD test coordinators called the lister, one claiming to have a 2-year old daughter, and the other posing as a single man.

The lister told the female caller that the dwelling was directly above a construction business with a lot of heavy truck traffic. The dwelling would be fine for adults, the lister explained, but dangerous to young children. The lister also told the male investigator that he wanted to rent to adults with no children because of the traffic.

HUD officials deemed the actions of the landlord’s representative to constitute illegal discrimination based on familial status. The advertisement was illegal under 42 U.S.C. Section 3604(c) and 24 C.F.R. Sections 100.75(a) and (c)1.

HUD Department officials asked courts to penalize the landlord for each violation, on top of compensatory damages.

An Asian-American man applied to rent a townhome in Champlin, Minn., together with his mother, who was from Thailand. They planned to reside on the property with two children. The property manager took their information and a credit background check. He also collected an application fee of $40 for each of the two adult applicants.

The son’s credit score came back at 725, and his mother’s was 761. Their income qualified the family to rent the apartment. But the manager sent the son an email stating that their rental application was declined. The reason: Both adults would have to sign the lease contract, but the mother had limited English skills. “As I’m told, legal precedent indicates the contract must be translated to her native language,” the manager wrote. “If not, she could easily break the lease.”

The manager also claimed that a certified translation would be required, costing about $500.

The son informed the manager that he had submitted an inquiry to the Department of Housing and Urban Development based on the manager’s statements about his mother’s English language skills.

HUD’s lawyers determined that denying a lease because of limited English skills, as well as the act of requiring a $500 translation fee, amounted to illegal discrimination under 42 U.S.C. Section 3604(a). The Department of Housing and Urban Development is pursuing the property manager for full compensatory damages, as well as a civil penalty of $16,000 per violation.

For affordable and professional property management contact RPM Central Valley today by calling us at (209) 572-2222 or click here to connect with us online.