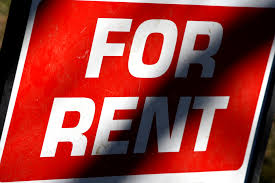 There’s no denying that the last two years have been huge for anyone who has decided to purchase rental property in the Central Valley or across the United States but are rents starting to decline?

Renters may soon get some relief. In the third quarter, apartment rents in some of the most expensive markets in the U.S. showed a decline. This marks a notable turn from the six-year boom streak occurring in the rental market, according to a new report released by MPF Research, an apartment tracker firm. MPF says a flood of new units hitting the market is one main reason behind the slowing of rents in some high-priced markets.

San Francisco rents dropped 3 percent in the third quarter while rents also fell 1 percent in New York as well as in Houston and San Jose, Calif. These are the first drops noted in rents since 2010, according to MPF Research.

“San Francisco and New York are leading the way in the downturn,” says Ken Rosen, chairman of the Fisher Center of Real Estate and Urban Economics at the University of California at Berkeley. “People are going to be surprised that this is happening but they shouldn’t be. It’s been too far, too fast.”

Rents have surged 22 percent in urban areas since 2010, according to Axiometrics. What’s more, new luxury apartments are fetching a 45 percent premium over older ones. Historically, the difference is more like 33 percent, according to MPF.

“You’re going to see red right in the middle of every market. That’s the one place where supply and demand are out of balance,” says Jay Denton, senior vice president of analytics for Axiometrics.