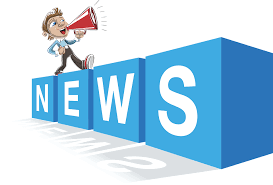 Following the defeat of Proposition 10 during the November 2018 elections, California’s elected officials have been working overtime to pass some form of rent control and the Rent Cap Bill looks like the State of California is finally heading in the direction of statewide rent control.

What Is the Rent Cap Bill?

If the bill clears the Senate, California could become the second state in the nation this year to limit annual rent hikes, covering millions of properties not covered by local rent control rules.

Assembly Bill 1482, which passed 43-28, would apply to most properties not covered by local rent control ordinances — including rented single-family homes and condos in cities with rent control. It was amended last week to exempt properties that are less than 10 years old, and — because of an 11th-hour handshake deal with a powerful trade group — it will undergo more key changes in the Senate.

The proposal would prohibit landlords from raising the rent each year by more than 7 percent plus the annual increase in the cost of living. A previous version of the bill set the cap at 5 percent plus inflation. In other concessions made to secure the deal, Chiu agreed to exempt property owners with no more than 10 single-family homes. He also set the law to expire in 2023 — which, he said in an interview after the vote, was what prompted the realtors’ trade association to finally withdraw its opposition after weeks of intensive negotiations.

Modeled after rent-gouging bans put into effect after natural disasters, the idea was cited last year by UC Berkeley’s Terner Center for Housing Innovation as a middle-ground approach during a polarizing debate over stricter rent controls.

To stay on top of the latest information regarding rent control in California, or to speak with us about our property management services, contact us today by calling (209) 572-2222 or click here to connect with us online.